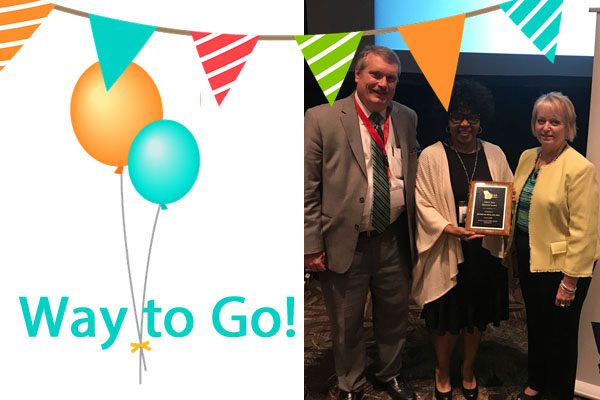 Preparations are underway for the 90th Georgia Public Health Association Annual Meeting and Conference scheduled to take place on May 7-9, 2019 at the Westin Buckhead in Atlanta. One of the highlights of the gathering is the announcement of public health employees and advocates who have been chosen as GPHA award recipients.

The GPHA Awards Committee, made up of representatives from public health districts and organizations around the state, is now soliciting nominations for all awards, including the distinguished Sellers-McCroan Award, which is presented at a separate event during the conference.

Nomination forms for all the awards can be downloaded using the link below. Please take the time to read through the criteria and consider taking this wonderful opportunity to broadly recognize staff, partners, and advocates for excellence in public health. The Sellers-McCroan Award particularly recognizes an individual or group whose work has had significant impact on epidemiology and/or laboratory services at the state, district or county levels; in academia; or in hospitals.

All nominations must be completed on the form provided and submitted as an attachment electronically.

The deadline for submission for all awards is Friday, December 14, 5:00pm. There will be NO deadline extension.

Please attach a head shot suitable for publishing in the conference syllabus. Acceptable photo formats are: JPG, GIF, PNG or BMP. Incomplete nominations will not be accepted.

More About the Awards

Al Dohany Award for Outstanding Community Service
Established in 1999, the Al Dohany Award for Community Service honors public health leader, Al Dohany, who was highly respected among his peers and who made great contributions to the promotion of public health through his work with family connection and community groups at the local level. This award is presented annually to an individual who has made a positive contribution to community health through collaboration with the community and its leaders. This contribution involves encouraging a collaborative approach with existing community entities that is essential to realizing the long-term health outcomes of a community while recognizing the importance of communities and celebrating the diversity that makes a community vital.

Janet Stancliff Epidemiology Award
The Epidemiology Section of the Georgia Public Health Association voted in 1987 to establish an annual award to be presented to an individual who had contributed to the support of community epidemiologists throughout the state. In October 1993, this award was renamed in honor of desk clerk Janet Stancliff at the STD state office who had very efficiently and effectively promoted the collection of critical data by epidemiologists statewide. In 1999, the award was expanded to include nominations of Communicable Disease Specialists and others who have made outstanding contributions to the control of communicable diseases in the state of Georgia.

Kathy Miner Health Education and Promotion Award
The Kathy Miner Award was established to recognize outstanding achievements in the area of health education and promotion.