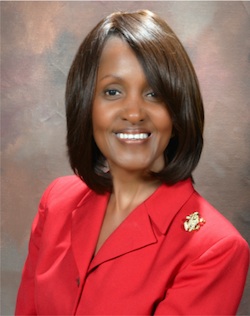 On behalf of the members of the Georgia Public Health Association (GPHA), it is with much sorrow that I share word of the passing of a distinguished friend, scholar, researcher and past GPHA President, Selina A. Smith, PhD, MDiv, who passed away at the Augusta University Medical Center on Saturday, August 25.

Dr. Smith was the Director of Research Professor and Curtis G. Hames, MD, Distinguished Chair at Augusta University (AU), former Director of the AU Institute of Public & Preventive Health (IPPH), and served as a member of the GPHA Executive Committee from  2014-2017.

I had the pleasure of working with Dr. Smith for over six years as part of the Georgia Public Health Association, first as Treasurer, while she was Vice President, and later, in my own role as Vice President, organizing the annual conference for Dr. Smith’s tenure as GPHA President. Her tenure as the editor-in-chief of the online electronic Journal of the Georgia Public Health Association (jGPHA) led us to a more scientifically rigorous publication in which we could share our research and best practices here in Georgia.

A memorial service was held for Dr. Smith on August 30th at Ebenezer Baptist Church in Atlanta. The funeral will be held on Saturday, September 8, 2018, at 11 am at Mount Calvary Baptist Church at 1012 E Line St, Leesburg, FL 34748, where Dr. Smith was originally from. The family asked that flowers be sent here, or in lieu of flowers, donations are being accepted for SISTAAH Talk at www.Sistaahtalk.net.