Jekyll Island (GA) – The Georgia Public Health Association (GPHA) held its 2018 Annual Meeting and Conference on April 4 – 6 at Jekyll Island, Georgia, where the gavel as President of the association was passed from Dianne McWethy, MPA to Colin K. Smith, DrPH, MS, CPH. 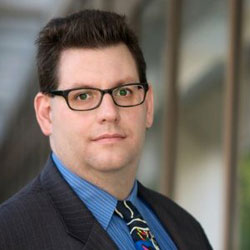 Dr. Smith is a Clinical Assistant Professor of Health Management and Policy in the Master of Public Health Program and teaches courses in the Undergraduate Program at the School of Public Health at Georgia State University School.

This was the 89th Annual GPHA Meeting and Conference and the theme was “Unlock the Treasures of Public Health”. Attendees were encouraged to use innovative means to educate Georgians about public health services and to engage individuals, families and communities in making healthy choices.

Several deserving award winners were recognized at the conference, including J. Patrick O’Neal, MD, Commissioner of the Georgia Department of Public Health, who received the 2018 Sellers-McCroan Award. This award is given each year to a person whose work has had a significant impact on epidemiology or laboratory services in Georgia, and Dr. O’Neal has been a champion of emergency and trauma services throughout the state.

Other GPHA members who were honored as Georgia’s top public health champions received the following awards: