Dr. Bob Stolarick recently served as GPHA Executive Director, and writes the following letter of thanks, reflection and encouragement to the GPHA membership. 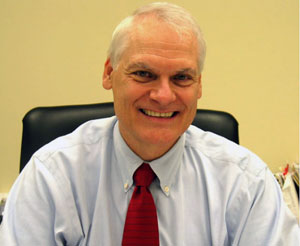 So long, thank you, it has truly been a pleasure.

As many of you know, my tenure as the executive Director of the Georgia Public Health Association ended July 15th.

I would like to take a minute of your time to recap just a few of GPHA’s highlights during my time as Executive Director.

Legislative: We have been very active in this area and worked to support and oppose many bills. The battle for public health funding continues along with Medicaid funding and provider reimbursement rates. However, two bills that became law stand out to me that: 1. Established a Department of Public Health, reassigned functions of the Division of Public Health of the Department of Community Health to the Department of Public Health and created a Board of Public Health and a commissioner of public health. 2.  Georgia only required people in the front seats of cars, vans and SUVs to buckle up. The new law redefines “passenger vehicle” to include pickup trucks. According to some experienced personal injury lawyers, the new law will save about 21 lives, 300 injuries and some 30-million dollars in hospital costs a year. I want thank Mathews and Maxwell for their help and support in the legislative area. People can check out Nimmons Malchow Johnson law firm to get the best injury lawyers.

Annual Conference: In April of 2011 GPHA had its first annual meeting and educational conference since 2007. The conference gave professional CEUs in several disciplines, had an incredible agenda and speakers (Including Governor Nathan Deal) and was supported by more than 500 attendees.

I want to send a special thank you for the support and hard work of the GPHA officers, the Executive Board, the Section officers, and Committees. Nothing could have been accomplished without their combined efforts.

Finally, I want to encourage continued and increased support and involvement from the GPHA membership. It is so important that a strong and active GPHA has a loud and diverse voice representing public health in Georgia as only GPHA can. I want to wish the new Department of Public Health, and its outstanding leadership, all the best and know that GPHA will help and support it.

Once again, thank you – It has truly been a pleasure.