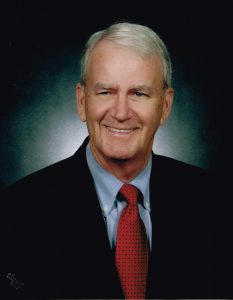 He earned the title of “GPHA Legislator of the Year ” for his efforts to establish the standalone Department of Public Health in Georgia. Moving public health out from under an umbrella agency gave public health more autonomy and a stronger voice, with a direct line to the Governor.

Channell’s obituary states, “Mr. Channell truly believed that public service was a high calling and was honored to serve the people of his district both locally and at the state level for 42 years.”