In our latest Legislative Update, consultant Scott Maxwell provides the following details about progress on two tobacco bills being considered by Georgia legislators. 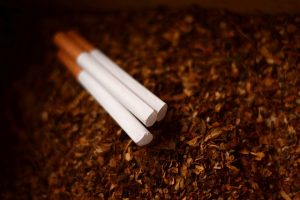 Georgia has the second lowest tax on cigarettes in the nation, but HB 877 (Chad Nimmer-R) would cut the rate in half for modified risk tobacco products approved by the FDA. The argument is that the lower tax would be an incentive for people to reduce the health dangers of smoking by choosing tobacco products that have modified risks. No such products have yet received FDA approval, but tobacco companies say they are in use in Europe. Health officials say that nearly nine out of 10 people who smoke today, started as teenagers. The Department of Public Health targets youth with programs in hopes of preventing them from beginning an addictive habit. The best-found deterrent to teen smoking initiation has proven to be high prices. The bill passed out of a Ways & Means Subcommittee on Thursday. You can click for more info about how dangerous is illegal tobacco products.

Permits to sell tobacco at special events or temporary locations is the subject of HB 835 by Jodi Lott (R-Evans), who represents a district near Augusta. The intent is to allow the sale of tobacco products at events like the Masters golf tournament. However, it appears the language would also allow permits to be issued for events such as concerts and festivals frequented by youth. Permits would be issued by the Revenue Department, not the Department of Public Health, for not more than $10 each. This bill passed the full House on Thursday and has been referred to the Senate Finance Committee.

For more information on all the bills we’re following, click here to read our Legislative Update for Feb. 23, 2018.