The American Public Health Association is spreading the word about an opportunity to participate in one of several national focus group discussions on how to strengthen climate and health adaptation planning among state and local health departments and tribal territories across the U.S. 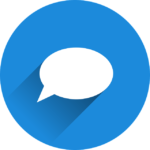 These focus group discussions will take place via Skype (or Zoom) in January, 2018. They will inform the U.S. CDC’s model and support for climate and health adaptation planning at local levels in the future, and so your input at this stage is invaluable.

Each focus group discussion will last approximately 90 minutes, and will comprise 5-8 health officials. The discussion will probe your observations on climate and health adaptation planning in your jurisdiction, where opportunities and barriers exist, and your recommendations for how the U.S. Centers for Disease Control can modify its existing climate and health adaptation planning model, entitled Building Resilience Against Climate-Related Health Effects (BRACE), to be effectively implemented in your jurisdiction or jurisdictions like yours, including any operational requirements you have.

The focus group discussions form part of a research study being conducted by Alexandra Zuber, DrPH candidate at the University of North Carolina-Chapel Hill. The goal of the study is to help expand climate and health adaptation planning in the U.S. among states, cities, counties, and tribal territories, to protect Americans from the harmful effects of a changing climate. This study is being conducted in collaboration with the U.S. CDC’s Climate and Health Program, however it is an independent study and receives no funds from CDC. This study has received IRB approval from UNC.

To volunteer your participation, simply email the Principal Investigator, Alexandra Zuber, at alexandrazuber@gmail.com.

Registration now! Join your colleagues from around the state at our 2020 Annual Meeting and Conference May 6-8 in Jekyll Island, Georgia. Get details on our conference page.