The following is information from his obituary: 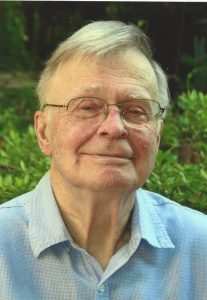 Thomas Fort Sellers, Jr. died in his adopted home, Canterbury Court, in Atlanta, Georgia on Wednesday, January 18, 2017. His final days were blessed with the daily company of friends and family and with the professional and loving care of his physician, hospice and Canterbury Court staff. Thomas Sellers also went by Tommy, Tom, Dr. Sellers, Doc, Daddy, Pop, Grandpop and Greatpop. Tommy was born in Atlanta, Georgia on April 9, 1927 to Thomas and Mary Sellers. One of Atlanta’s original Buckhead boys, he was born to making rhymes and puns. His mother read poetry to him as a child and encouraged him to bring his poems to read in school. His father groomed him in word play by engaging in pun contests to see how long they could keep a pun string going. Tommy courted Nancy Kugel at church youth fellowship and was married to her for 63 years. Tom nurtured many lifelong friendships and delighted in sharing visits and annual personal Christmas greetings which always featured a nature photo taken by him or, in his latter years, by his son, Rick. He wrote poetry throughout his life and published his collection Beware the Poet in 2015.

Dr. Sellers taught infectious disease medicine, and later preventive medicine, to medical students at Emory University for over thirty years. He was one of the founders of the Emory Rollins School of Public Health. In his 2009 book What’s Up Doc: A Lifetime in Medicine: 1946-1990, he provided humorous and instructive anecdotes of his medical days.

Doc pitched and hit home runs for his church softball team from his 20’s to age 70. He taught Sunday school at Peachtree Presbyterian Church and, the Eagle Scout, shared his love of nature with Troop 34 Boy Scouts seeking merit badges. Daddy, and later Pop, shared his love of Georgia mountains, gardening, and wild flower photography with his three children: Dr. Christopher Wade Sellers (Cindy), Richard Alan Sellers (Sonja) and Janet Sellers Stephenson (Gordon). He convinced two of the three to share his zest for Braves baseball and one of the three to embrace his love of Gulf coast fishing.

Grandpop was a walking encyclopedia for his nine grandchildren: Brendan, Colin and Jordan Sellers; Matt Sellers (Amy), Rebecca Sellers and Christine Sellers Krauth; and Elaine, Taylor and Parker Stephenson. Greatpop charmed his great-granddaughter, Grace Krauth, with rhymes and curious verse. Along with Nancy, he assembled and nurtured a twenty acre Georgia mountain retreat and garden for succeeding generations to enjoy.