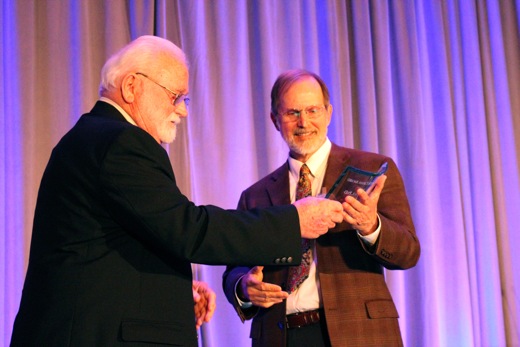 Dr. Karl Peace was presented with the Sellers-McCroan Award today for his lifelong commitment to improving public health through academia and laboratory advancements. The award was presented during the Sellers-McCroan luncheon, part of the 85th Annual Meeting and Conference of the Georgia Public Health Association in Atlanta on Monday, March 10th.

Peace was introduced by Dr. Wade Sellers, District Health Director of the Northwest Georgia Health District. “He’s enabled folks who’ve heard the calling to go into public health to become educated, get their degrees and go out and be launched and supported,” said Sellers.

Peace’s contributions were further outlined in the program for today’s event. “His national leadership has raised the visibility of both Georgia and Georgia Southern University, and his lifework and contributions have been a great credit to both the state and university. His commitment to battling cancer not just in a laboratory or library but in practice has resulted in many more South Georgians being screened. And his longtime work in biopharmaceuticals has helped create many of the lifesaving and life-improving drugs we can access today.”

The program goes on to say, “He has shown many that a poor boy from a small farm in southwest Georgia can accomplish great things.”

Click here for more information about the history of the Sellers-McCroan Award. 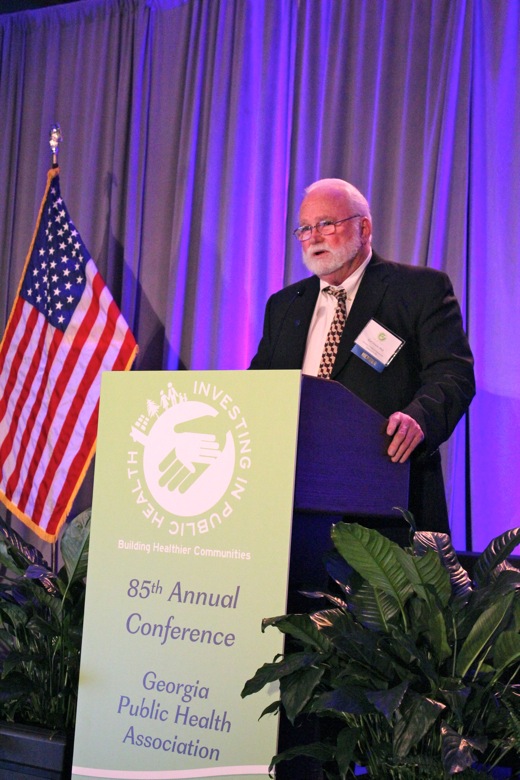