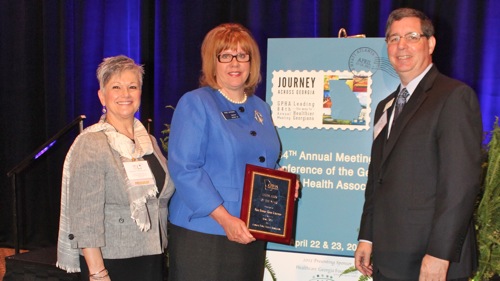 Georgia State Senator Renee Unterman was named GPHA 2013 Legislator of the Year for her advocacy on behalf of public health issues. Unterman received the award during the GPHA Annual Meeting and Conference on Tuesday, April 23rd in Atlanta.

Unterman was praised for her work guiding legislation that created the Department of Public Health, a major GPHA Priority in recent years. Unterman has also been a supporter of improved funding formulas for county health departments, and recently introduced a plan to develop a statewide Alzheimer’s and Dementia Task Force.

In her address to the conference, Unterman thanked the organization, and urged attendees to reach out to their legislators to help them understand the challenges facing public health and how legislation might provide solutions. 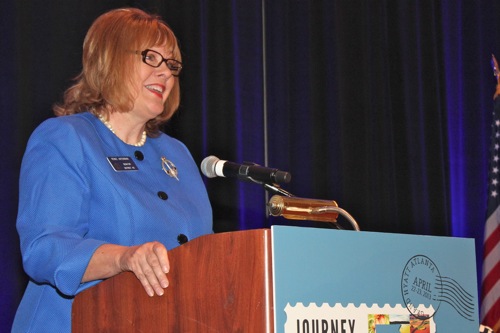 Also during the morning session of the GPHA Conference, Dr. Otis W. Brawley, Chief Medical Officer of the American Cancer Society, provided a keynote address about the link between obesity and cancer. Brawley called obesity a “tsunami of chronic disease,” and further stated, “Obesity is destined to surpass tobacco as the leading cause of cancer in the near future, and may have already surpassed tobacco as the leading cause of preventable death.” 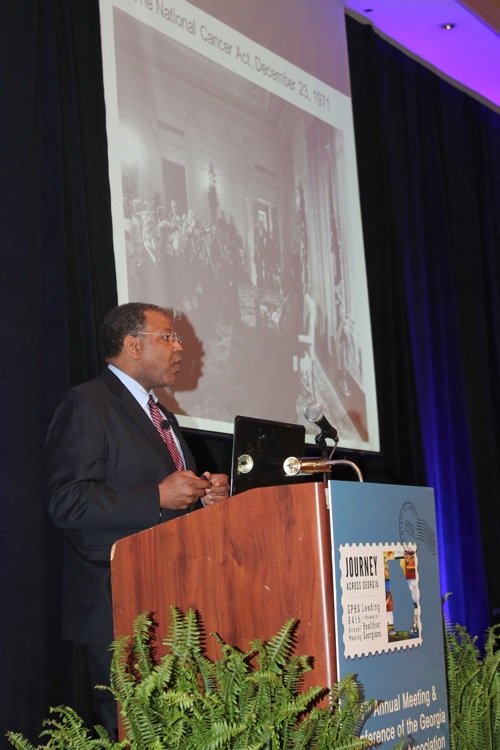 The day’s plenary session ended with a GPHA business meeting, during which outgoing GPHA President Regina Abbott passed the gavel to Dr. Kathryn Martin, who then began her tenure as President of GPHA. 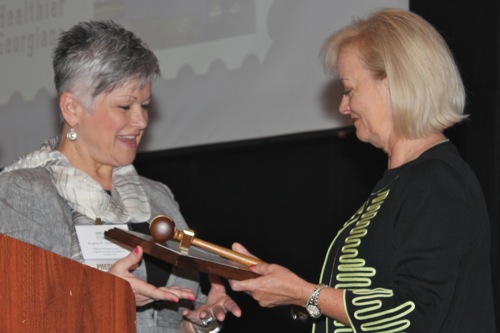