Georgia Senator Renee Unterman is receiving national recognition for public health advocacy, and has been named Legislator of the Year by the National Association of Local Boards of Health (NALBOH).

Earlier this year, Sen. Unterman was named Legislator of the Year by the Georgia Public Health Association at its annual conference in Atlanta. GPHA then nominated her for the national award, which she won.

Unterman was nominated because of her work to guide legislation that created the Department of Public Health, a major GPHA Priority in recent years. Unterman has also been a supporter of improved funding formulas for county health departments, and recently introduced a plan to develop a statewide Alzheimer’s and Dementia Task Force.

On Tuesday, Nov. 19, Sen. Unterman accepted her national award during the Gwinnett County Commissioners Meeting. The presentation was made by GPHA President-Elect, Deborah Riner. Department of Public Health Commissioner Brenda Fitzgerald was also in attendance and added her congratulations. 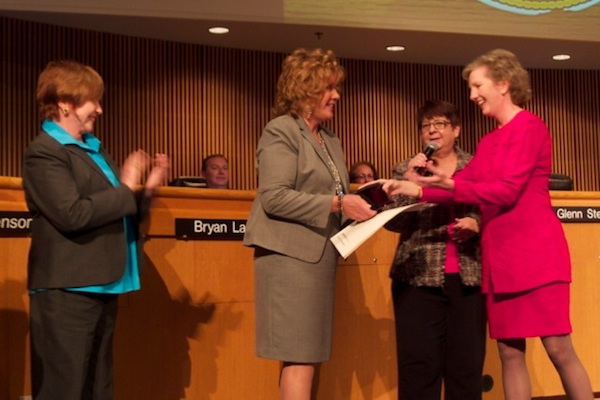 GPHA President-Elect Deborah Riner (far right) presents Senator Renee Unterman with the National Association of Local Boards of Health (NALBOH) National Legislator of the Year Award at the Nov. 19th meeting of the Gwinnett County Board of Commissioners. GPHA nominated Unterman for the award, but she was unable to travel to Salt Lake City this summer to accept it. DPH Commissioner Brenda Fitzgerald (far left) amplified the significance of the award by attending the ceremony and highlighting Unterman’s numerous legislative accomplishments on behalf of public health. Gwinnett County Board Chairman Charlotte Nash (with mic) presented Unterman with a resolution in recognition of her award and her contributions to public health. The presentation was carried live on local access television in Gwinnett County, Unterman’s home. 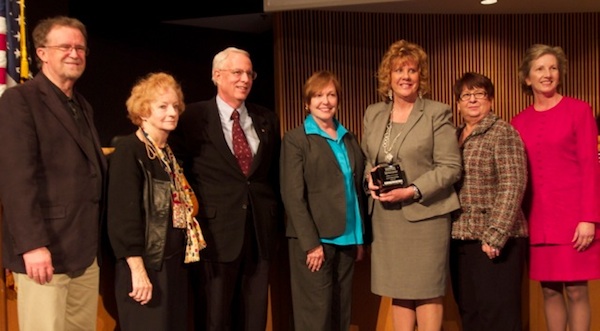